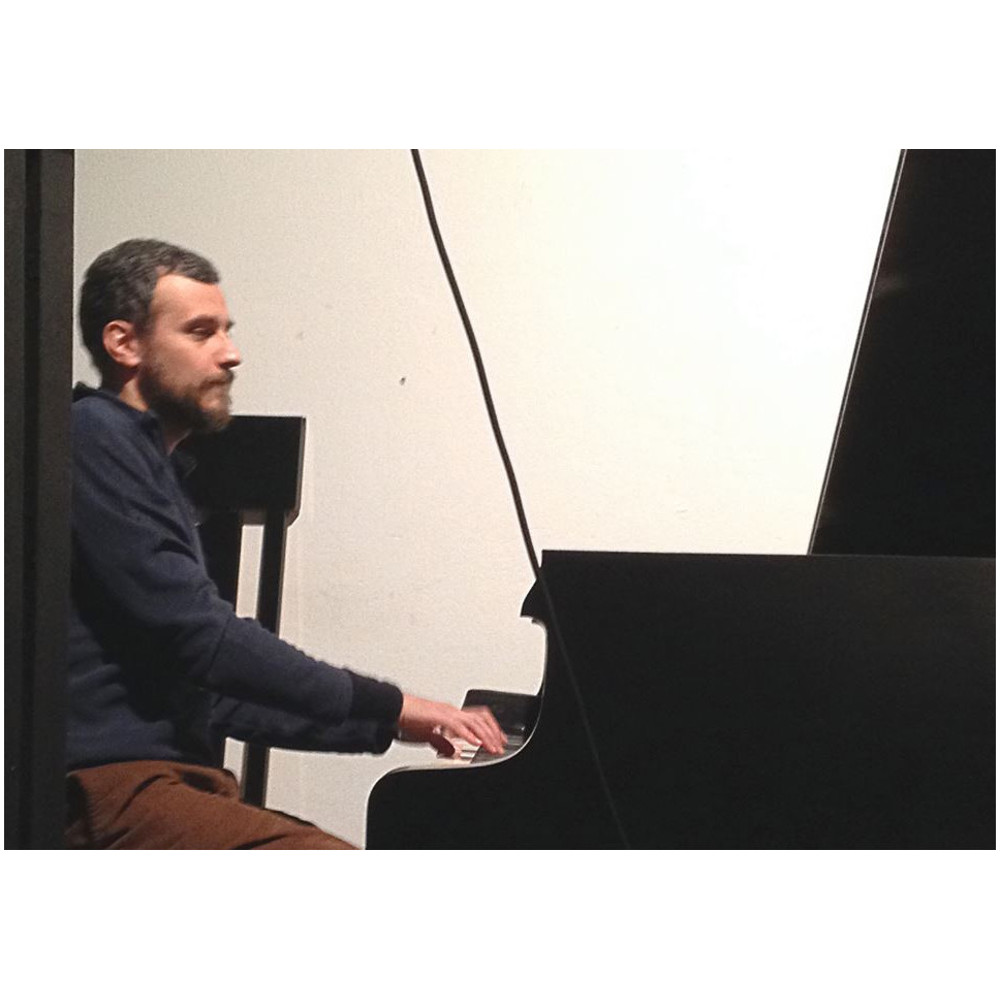 He began studying piano at an early age he studied jazz with various teachers including Alberto Alibrandi. So, since 2000 has launched a series of artistic collaborations, and he performed in several jazz clubs, theaters and clubs with musicians such as Paolo Sorge, Francesco Cusa, Alberto Amato, Alessandro Vicard, Antonio Longo, Naked Musicians.

He has held several solo piano concerts, performing among other things, in multiple editions of “Prova d’Autore” at the MACC as well as at the Villa Patti Caltagirone and, in 2009, “Improring” at Zò the chimneys of Catania. In 2010, he was the promoter of the event “April, don’t dormire ” at the Court Capitaniale of Caltagirone.

In September 2010, he was invited to the event for the twentieth anniversary of Lapis (cultural free press). Together with Improvvisatore Involontario, collective to which it belongs, in March 2011 was on tour with Naked Musicians in New York, where he played – among others at Columbia University – with the likes of Cristina Zavalloni, Mauro Pagani (ex PFM ), Elliot Sharp (all tour stops on: http://www.i-italy.org/node/16727).

In April 2011, he participated in, both with Naked Musicians with both Forthcoming 3, in the meeting of “The Arsenal” at the Nuovo Montevergini of Palermo. In the same month, coordinated together with Paolo Sorge the improvisation project Algorithm Enola Jazz Club of Catania, local time at which, as of August 2011, oversaw the review Conference of the Birds along with bassist Sandro Sciarratta and drummer Antonio Longo.

In July 2012, he participated in the RARA festival in Palazzolo Acreide with both the trio Forthcoming and the orchestra conducted by austrian Michael Fischer; with Fischer, he played in a quartet in Pasto Collettivo, a collective of artists based in Caltagirone who helped found and which is responsible for the music.

In December 2012 he started a collaboration with musicians from Berlin, including the cellist Taiwan Hui-Chun Lin, with which he played both in Sicily, with his trio 1 2nd Hoch Null, and in Berlin, among other at the Sowieso club. In the German capital of Berlin was a guest of the Berlin Improvisers Orchestra performing in concerts at the B-Flat Jazz Club, in March, and the Kunstfabrik Schlot, in April, playing with well known musicians of the european scene as Ricardo Tejero, Allison Blunt and Noel Taylor (London Improvvisers Orchestra) and Anna Kaluza, Wolfgang Georgsdorf, Stephen Bleier, Frank Gratkowski, Manuel Miethe, Gerhard Gschlößl (Berio) and Klaus Kuervers, Marialuisa Capurso, Audrey Chen, Rudi Fischerlehner.