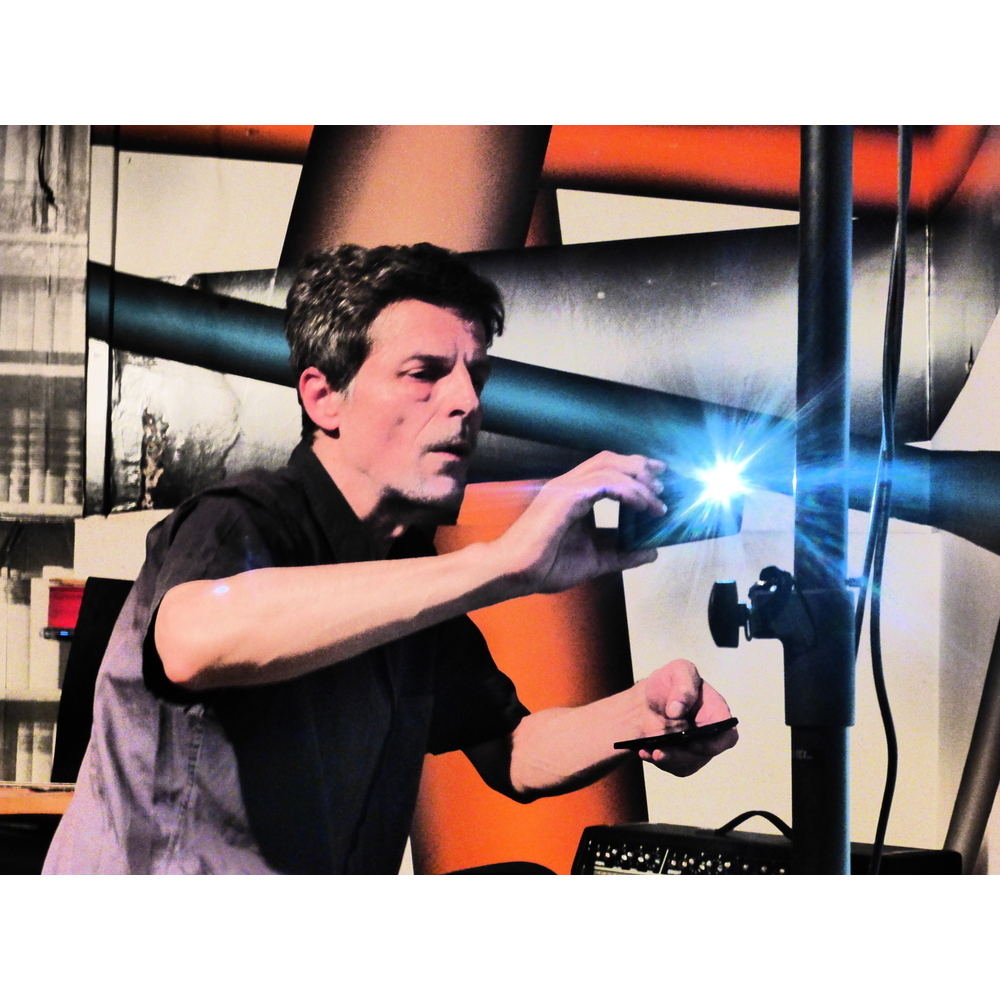 Works at the interface between fine art and sound art. Originally coming from fine arts (completed painting studies at the Vienna University of Applied Arts), in the early 2000s he began to work with algorithmic sound production, both for installative, artistic projects and free improvisation in interaction with others.

In his current work Stefan Nussbaumer investigates the synaesthetic perception between sound and image. Visual information (colors) is transformed into control commands for the algorithmic sound generation by means of a self-developed smartphone application called “VideOSC”. The resulting works may be understood both, as musical works and as expressions of an “expanded pictorial space”.

His work has been presented in many countries around world, among others New Museum (New York), Les Rencontres Internationales (Paris, Madrid), Sight and Sound, Maryland Institute College of Art [MICA] Baltimore, ZKM Karlsruhe, CREAM Japan, Pikslaverk 2008 – Icelandic Festival of Software Art. He has held workshops about his work in Iceland, South Korea and Austria.